Imagine riding a motor­cycle through the shimmering heat of the Sahara Desert. The land, the sky all reverberate in one immense echo. The blinding, sultry sun, your only point of reference, and it would rather eat you alive than guide you safely. With water and fuel supplies are finite, you are limited to what reserves are strapped on to the bike. There is basically no road, no traction. Don’t keep your speed up in the deep, drifting sand, and chances are you’ll crash; make any hasty movement at the handlebar, shift your weight—crash. It’s just that simple…like life and death wired to a light switch. Would you be able to endure such a challenge? Would you even consider trying it? And then there are these Inspiring Motorcyclists who have time and again pushed the boundaries and kept on inspiring us displaying immense courage and determination and above all their love for riding their beast. 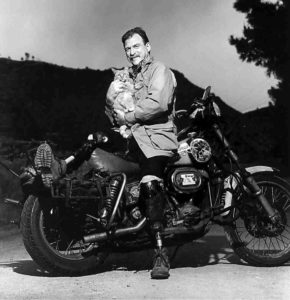 Being the son of a World War to veteran California native Dave Barr would enlist himself to join the elite Marines of the United States Army as a 17-year-old in 1969. Even though it certainly wasn’t an easy road, but he found comforts along the way. Commit­ment and honor were family values that eased him in the military, as another kid might take comfort in finding bologna sandwiches being served in the college commons. He served time in Vietnam and in 1974, was sent on a mission to South Africa where fate would strike him and he would lose both his legs in an improvised explosive device blast. Barr underwent 100 surgeries, 4 on his legs. After recovery Barr with the help of his father remodeled his bike for him to be able to ride it even with his condition.
“When I rode that motorcycle for the first time I knew what my long-term goals and destiny would be: to try and ride it around the world.”
Barr did ride that motorcycle around the world, and then some. He tried everything and didn’t let anything stop him. It took three years of tedious preparation and more than three years of grueling ride through some of the toughest terrains of the world to complete the trek. The tale is thoughtfully told in his 500-page account, ‘Riding the Edge’. The book is about endurance, but not about motorcycles or endurance riding; it’s about the ability of the human spirit to endure; taking everything life has to offer and accept it as necessary for personal and spiritual development. He never for once considered giving up.
“Honor means a lot,” he says. “Once you commit to something you’ve got to give it everything you have.” He cites the Chinese proverb: Fall down seven times, stand up eight. “No one is going to succeed at everything…but you only fail if you quit trying.” 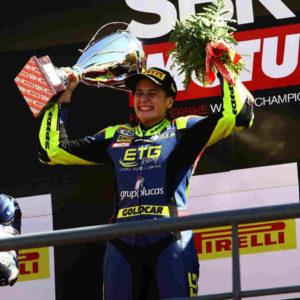 On September 27, 2017, at Portimao, Ana Carrasco became the first woman in history to win a world championship motorcycle road race when she stormed to a thrilling victory on her Kawasaki Ninja 300 in the FIM Supersport 300 race held at WSB events.
While there are a lot other female champions in other disciplines such as motocross, the difference with Carrasco is that it wasn’t a women-only race, she did it against a field of 36 other riders – all of them men. When she was quizzed about her incredible feat, she said: “I’m obviously really happy because we have worked hard and I feel that we deserved something like this. It feels good because everyone seems to be happy with the result – the media, the fans. It’s good for me, my team and for my future. Now I hope to have more opportunities.”
When asked about the fact that she has become an overnight sensation and a role model for women around the world, a genuinely surprised and humbled Carrasco replied, “This is really important and I am very proud of this. As a person, I always try to make things better, so I think it is really important to show the younger generation that a woman can be on top and be doing good things. I think this is a good example to set.” 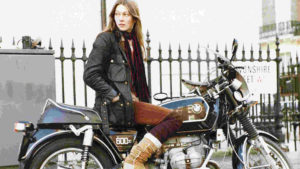 In 1982, at the age of 23, Elspeth Beard set off from London on her BMW R60/6 on a journey; a journey that would last 35,000 miles, across several continents, which forever changed her life. It would also write her name into the annals of history as the first British woman to travel all around the world on a motorcycle. She rides the same bike even to this day and recently published a book about her journey. 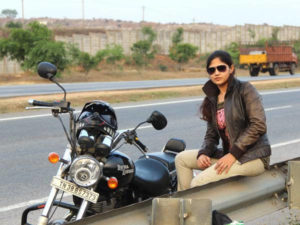 Roshni Sharma is a name to contend with. The first Indian woman to motorcycle her way from Kanyakumari to Kashmir, she learned to ride at just 16 years of age. Since then, this engineer has never looked back and has been an inspiration for women encouraging them to break social taboos and go on adventures. 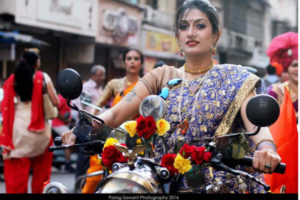 A doctor by profession, Aparna Bandodkar learned to ride at the tender age of 13 and continues to be a trailblazer amongst her fellow bikers. She admits to courting looks from people occasionally, but that has not stopped her from doing what she loves – riding! “If men can ride, why can’t women?” she says. We could not agree more! 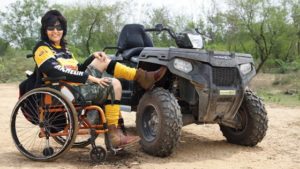 An inspiration who needs no introduction, Deepa Malik has not let her physical condition come in between living life to the fullest. An award-winning athlete and Paralympian skier, she has won accolades for numerous heruculian achievements which include riding a special bike for 580 kilometers and driving across 9 passes in 9 days on the highest motorable roads in Ladakh and going on some of the most thrilling bike tours in India. 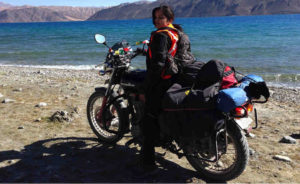 The Raid de Himalaya is the world’s highest rally raid and is considered as one of the toughest even for experienced riders. But for Sarah Kashyap, it was a challenge she wanted to face, head-on. She became the only woman to complete the Raid back in 2015 despite slipping on ice and cracking her collarbone in the process. She’s also the only female participant in the India Baja 2017, a 3-day event that covers over 400 kilometers of Rajasthan’s harshest desert. Salute to you, Ma’am. 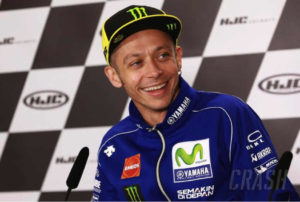 Despite being only third in the all-time MotoGP world championship winners list (Angel Nieto and Giacomo Agostini have 13 and 15, respectively) Valentino Rossi is still considered in many circles as the greatest motorcycle racer of all time. In a career that nearing a span of two decades, ‘The Doctor’ has amassed nine championships (seven in the premier class), 196 podium finishes, 82 premier class wins, and a host of other records and accolades. Not only has the enigmatic Italian won on the track, but he has also won legions of passionate fans. Many success stories have an element of failure, and Rossi’s two year stint with Ducati in the 2011 and 2012 can be classified as such, but almost everyone is of the view that his resurgence from that debacle has been nothing short of incredible and he’s not quite done racing yet, either. Although the story of The Doctor is destined to keep writing itself, his legend has definitely been etched in the annals of MotoGP history.

Riding a motorcycle isn’t for everyone and you can be forgiven to think that someone paralyzed from the chest down would certainly be a part of this group, but the story of Talan Skeels-Piggins would make you think twice. After suffering a life threatening injury in a serious road accident, Piggins, a former Royal Navy Officer overcame it in an astonishing and inspiring way by not only competing as a skier in the 2010 Winter Paralympics but by making a comeback to the race track on his custom designed motorcycle. Some people even with fully functional bodies wouldn’t even dare to indulge in some of these activities, but Skeels-Piggins went head on for it. In an 11-minute video that is up on YouTube, he opens up about the accident, the ensuing emotional turmoil, and the road back to the saddle. His commentary, runs the gamut from chilling, to uplifting, to inspirational, to laugh-out-loud amusing. If there is blood running through your veins and yet you feel nothing while watching and listening to him speak not just about the joy of racing on an equal footing with other motorcyclists despite his paralysis but about the human spirit itself, then there is probably something seriously wrong with you. This story is nothing short of absolutely incredible, and awe-inspiring. 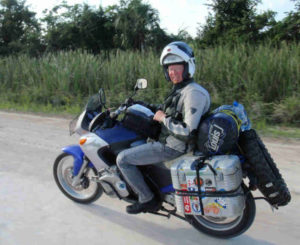 Born in 1969 amid the incessant rainfall of north-west Ireland Paddy Tyson has been traveling in search of the sun ever since. As a child, he used to spend his evenings reading ‘The Times Atlas of the World’, flickering through the coach tour brochures, and staring purposefully at the world map on the living room wall, eagerly locating any place just mentioned on the news. His first road trip, across North America in 1976 with his mum, sealed his fate as someone who would forever want to see beyond the horizon, travel off the beaten track and feel free, completely. 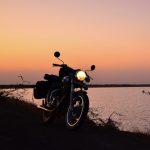 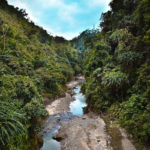 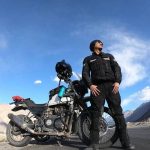 6 Days of Leh’ing with Turtuk 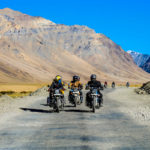 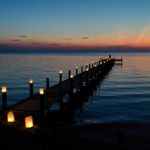 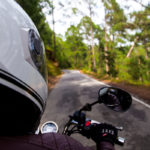